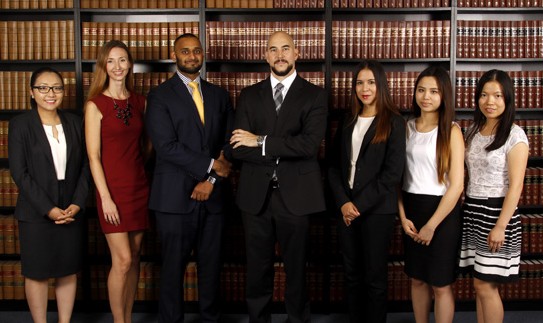 2020 – We argued one of the first remote Divisional Court appeal hearings in the Province’s history.  We were successful in upholding our clients’ right to sell a jointly-owned property, despite bitter opposition from the co-owner.  The Divisional Court upheld the sale and ordered costs in favour of our clients.  This comes shortly after we obtained multiple cost awards in earlier motions for a stay and for having initiated the appeal in the wrong court.  See 2020 Divisional Court decision: Krizan v. Skurdelis, 2020 ONSC 4386.

2020 – Recently, we were successful at trial in having our client’s interest in a property recognized by the Superior Court of Justice, and in obtaining an Order compelling the sale of the property.  All of this despite the fact that our client had been out of the property for over 10 years.  The claim was bitterly opposed.  In 2020, the Court rendered its decision in favour of our client: Inniss v. Blackett_Reasons for Decision_July 6 2020

2018 – Following a multi-year battle, CRA and the Department of Justice capitulate and consent to Judgment granting tax appeals in full, including dropping all penalties and interest.  See formal Judgment: Zamir v. Her Majesty the Queen, Tax Court of Canada Docket 2014-1293(IT)G

[UPDATED] Firm Litigator Ms. Sanchez leads the charge and wins representing 10 applicants at the Human Rights Tribunal in an important challenge involving discrimination, harassment, and Co-op Board obligations (watch Ms. Sanchez and applicants interviewed by CBC and Global News and read more about the front-page news in the Toronto Star and CBC Online).  Read the full 88-page Decision of Human Rights Tribunal Adjudicator D. Sanderson requiring the Co-op Board to post the decision continuously for 6 months, to send notice of the decision to all members, and to pay $30,000.00 in monetary compensation for the infringement of their right to be free from discrimination and harassment.  Read March 9, 2016 Toronto Star article reporting on the win.

Osinski v. Her Majesty the Queen

Yan David Payne takes over carriage of case and succeeds at the Ontario Court of Appeal establishing new law.  Court overturns Divisional Court panel and unanimously recognizes client’s right to sue municipalities and by-law officers for negligence and permits claim to proceed: “It is in everyone’s interest that by-laws not be enforced in an ‘unconstrained manner'”  Rausch v. Pickering (City), 2013 ONCA 740.
—

D.V. v. Her Majesty The Queen

Bonnett v. Her Majesty The Queen

2014 – Firm litigator Yan David Payne secures an Appeal Judgement through the Tax Court of Canada after CRA backs down, reducing client’s taxable income by over $120,000.00 and eliminating all penalties.  See: Bonnett Judgement – Sep.8.14

Grigoriadis v. Her Majesty the Queen

Firm lawyer Yan David Payne successfully obtains judgement for pay in-lieu of notice and lost wages over a 29 month period and a 15% ownership interest in defendant company, all on behalf of former manager.  total judgement for $256,902.93, plus costs and interest.

Superior Court accepts Mr. Payne’s submissions on reasonable notice period for two long-serving employees in this unusual summary judgement motion.  The Honourable Justice Penny finds that firm clients were each entitled to 22 months pay in-lieu of notice, well in excess of the 8 months paid by employer.  Order made despite fact that notice period had not yet elapsed when matter heard by Court.  Employer represented by experienced Bay Street Litigator.  Endorsement also represents first known decision assessing reasonable notice for employee terminated while on disability leave.  No need for pre-trial process or formal trial.  Case resolved prior to obtaining formal Order.  (See Excerpt from Endorsement of Justice Penny).