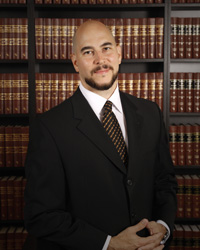 Yan David Payne, B.A.(Hons), LL.B. is in his 18th year of practice as a Litigator.  He is a Certified Civil Litigation Specialist and the Senior Managing Lawyer here at Payne Law.    Read More 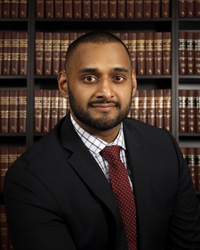 Hashim Syed, B.Comm, J.D., is a Commercial and Tax Litigator with 10 years of Litigation Experience, the majority of which he has spent as a valued member of the Payne Law Litigation Team.   Read More 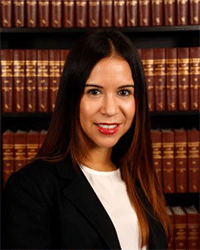 Karen J. Sanchez, B.A., J.D., is an experienced Civil and Commercial Litigator and a strong advocate in matters ranging from employment and human rights to estates and tax disputes.  Read More 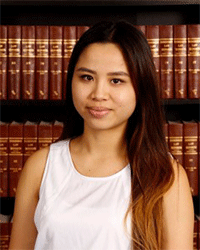 Janice Ly started working in the legal field in 2009.  She is an accredited Law Clerk and has been supporting our clients and our team for many years.    Read More 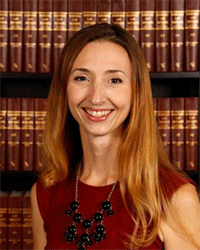 Megan Oxenham, B.A., is the firm’s office manager and senior litigation clerk. She has been part of the Payne Law Litigation Team for 14 years. Read More

Yan David Payne, B.A.(Hons), LL.B. is a Certified Civil Litigation Specialist, as designated by the Law Society of Ontario. He is the Senior Managing Lawyer of the Payne Law Team.

Mr. Payne articled at a highly-respected civil litigation boutique in Toronto.  He later headed the litigation division of a commercial and tax litigation firm in Toronto, taking on full responsibility for important cases and successfully taking numerous cases to trial and to appeal over the 18 years that followed.  Ultimately, Mr. Payne’s drive, work ethic and successes led colleagues and clients alike to follow him to his private practice, which was founded in 2005/2006.

He has acted as principal and mentor to articling students and to new lawyers over the years.  Mr. Payne has been retained to lead a variety of litigation cases.  He has represented clients in tax matters, defamation actions, wrongful and constructive dismissal matters, human rights, commercial disputes, contentious estate litigation, and complex appeal proceedings, among others.

Recently, in May 2020, Mr. Payne was asked to be an expert speaker by the Canadian Bar Association and Ontario Bar Association on tax litigation and employment law developments in the Covid-19 era.

Mr. Payne has been appointed by the Superior Court of Ontario as Independent Supervising Counsel and has advised and represented a broad range of clients from individual employees to established corporations, from small and medium-sized businesses to domestic, foreign, national and international organizations, from the chief of police, top ranked athletes, university professors, the Mayor of a major Canadian City, to court officials, professional regulatory and insurance bodies, as well as other professionals including lawyers, accountants, and doctors.

He has been assigned to mediate and arbitrate a broad range of disputes.  Mr. Payne has an outstanding trial and appeal record including numerous widely-reported cases.  For example, see the precedent-setting unanimous Ontario Court of Appeal decision of Rausch v. Pickering (City) 2013 ONCA 740 which recognized, for the first time, a duty of care upon a municipality and its by-law officers in the enforcement of by-laws.

In Loyst v. Chatten’s Better Hearing Service 2012 ONSC 1653, Mr. Payne secured an impressive wrongful dismissal award for lost wages equal to a 29-month notice period plus a 15% ownership interest in the company for a total award of $256,902.93 (the decision was unanimously upheld by the Ontario Court of Appeal, see Loyst v. Chatten’s Better Hearing Service, 2013 ONCA 781).

Hashim Syed, B.Comm, J.D., is a Commercial and Tax Litigator with 10 years of litigation experience, the majority of which he has spent as a valued member of the Payne Law Litigation Team.

Mr. Syed graduated law school in 2008 and has since been called to the bar in both Ontario and in the U.S.  He earned a 3-year scholarship, and a certificate of merit for achieving the highest grade in advanced legal research.

He has been retained to handle a broad range of commercial, tax, and civil litigation matters including conflict of laws, international and domestic contract disputes, shareholder disputes, employment disputes, and estate litigation, involving amounts ranging upwards of $20,000,000.00 in value.  In 2020, Mr. Syed has been lead counsel on many trials including weeks-long and months-long trials.

See also Divisional Court judgement quashing an unfounded appeal before it can be heard, thus saving client time and cost and obtaining full indemnity cost award of $25,337.10 –  Judgement of Justice Kiteley entered Jun 2014.  In 2017, Mr. Syed obtained a rare and extraordinary Order for costs as against a client’s former lawyer – see Exceptional Order for Costs to Be Paid By Previous Lawyer – Sep.29.17.

Mr. Syed is a member of the Canadian Bar Association and Ontario Bar Association.  He is familiar with customs in Arabic and Japanese, conversational French, and a basic understanding of Hindi and Urdu.

Karen J. Sanchez, B.A., J.D., is an experienced litigator and a strong advocate in matters ranging from employment and human rights to estates and tax disputes.  She has been a civil litigator for 8 years, the majority of which time she spent as a valuable member of the Payne Law Litigation Team.

Ms. Sanchez articled in 2011 and began practicing law at a well-established and well-respected boutique firm and she became a contributing member of that practice, eventually handling a broad range of litigation cases.

Ms. Sanchez has handled a broad range of court and appellate cases including court victories at Superior Court and at the highest appellate court in the Province.  In 2020, she was successful at trial in having our client’s interest in a property recognized by the Superior Court of Justice, and in obtaining an Order compelling the sale of the property.  All of this despite the fact that our client had been out of the property for over 10 years: Inniss v. Blackett_Reasons for Decision_July 6 2020.  In 2019, she won a multi-day trial against the Department of Justice and CRA vacating years of reassessments and reversing penalties and interest (see: Douglas Charles Johnson v. Her Majesty the Queen (2019)).  She also recently secured a $700,000.00 Superior Court Judgment in a real estate and business dispute gone awry (see: Sywak v. Collver - Superior Court File No. 18-67074).  Also in 2019, Ms. Sanchez ably argued a limitation period defence to win motion and costs against the Plaintiff (see: Vahidi v. Pasandideh - Superior Court File No. 18-CV-599822).

Ms. Sanchez has secured rare and extraordinary remedies for firm clients including obtaining a Mareva injunction freezing assets of defendants before they were served with a claim or even notified, and then having the order expanded and extended on notice (see June 5, 2018 Order of the Honourable Justice McEwen).  Ms. Sanchez recently obtained rare leave to continue an action against a defendant who filed for bankruptcy, permitting firm client to pursue claim without restriction (see Jovkovic v. Silverio Manuel DaSilva a.k.a. Manny DaSilva, Court File No. 35-2314079).  Her success on this motion also led to the firm securing full Superior Court Judgment against that Defendant in the amount of $427,000.00 including punitive damages and costs.  See also successful motion staying summary judgement and obtaining security for costs: Talisman v. Kyser, 2013 ONSC 6612.

She has appeared at all levels of court in Ontario, before various boards and tribunals (including the Financial Services Commission of Ontario, the Toronto Police Services Disciplinary Tribunal, the Landlord and Tenant Board, the Ontario Disability Support Program, the Human Rights Tribunal, and Ontario Works) and she has worked on Supreme Court of Canada appellate litigation.

She was selected to judge the finalists in the Osgoode Cup Competition, the largest and longest-standing undergraduate moot in Canada.

Janice Ly started working in the legal field in 2009.  She is an accredited law clerk having obtained her diploma from Seneca College's Law Clerk Program. She is fluent in English and also understands Cantonese.

Megan Oxenham, B.A., is the firm’s office manager and senior litigation clerk.  No stranger to conflict resolution, Ms. Oxenham brings her Bay Street firm experience and  her background as Special Assistant to the Premier of Ontario to the Payne Law team. She has been a valued member of the team since 2006.